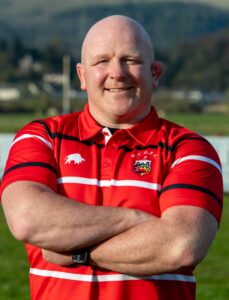 Scott is currently Director of Rugby at the University of St Andrews taking up the role after an extensive club and international career.

He finished his playing career aged 36 at Newcastle Falcons, where he amassed 114 games in 5 years bringing a wealth of experience playing Premiership rugby for over a decade.

Scott started his rugby career at Biggar RFC, before earning a professional contract at Glasgow Warriors, spending four seasons playing in the Pro12 before a move to the English  Premiership, spending a season with Sale before moving to Gloucester Rugby for four years.

He is a vastly experienced former Scotland international with 47 caps, which include a try-scoring performance in his team’s opening match of the 2007 Rugby World Cup while also appearing in the 2011 tournament.

In addition to his playing commitments with Newcastle Falcons, Scott was Director of Rugby at National Two North Club Tynedale RFC, while also working as an Elite Specialist Skills Coach with Scottish Rugby. He has been involved with the Scotland U20 programme for the past 3 seasons undertaking the role of forwards coach for 2019 Six Nations and Junior World Cup.

As well as being a UKCC Level 3 qualified coach, Scott also has a BSc (Hons) in Leadership and Management from Northumbria University.