Archie Russell, 26, will be returning to Stirling County and joining the FOSROC Super6 squad for season 2, playing Centre. 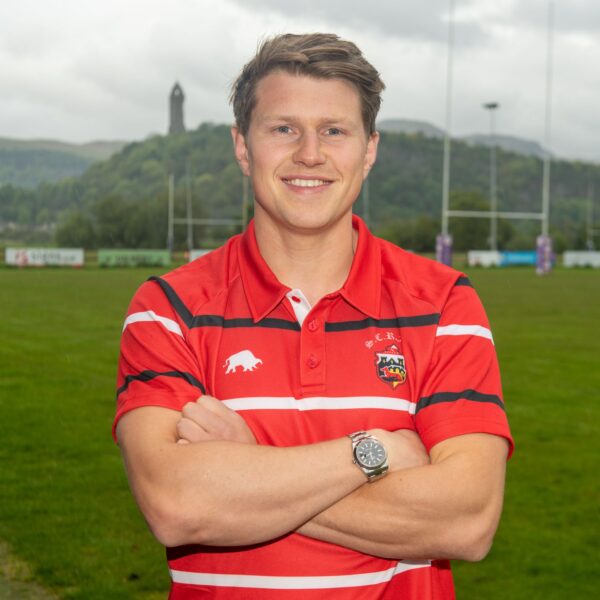 Archie was born in Stirling and grew up playing at Stirling County. He was born into a sporting family – his dad played a lot of racket sports as well as working in sports administration including Head of Domestic Rugby for the Scottish Rugby Union SRU. His grandparents were international badminton players, his uncle and great-grandfather played Cricket for Scotland and his brother, Finn Russell, is also a well noted rugby player.

In 2015, Archie moved away from Stirling, to study at the University of Strathclyde, where he trained and played full-time with Glasgow Warriors Academy.

Archie represented Scotland at age grade level from U17 – U20 and competed in the U20 World Cup in 2015. Subsequently, he moved down to Cambridge for further education and played in the 2017 Varsity match in which his team won a Blue. This past season, Archie played for Boroughmuir Bears.

Back to his roots:

After many moves, Archie decided that he wanted to return to his roots and play for his home club again. Archie played for Stirling County from the Minis through to the 1XV in 2014. This is what he had to say about his return back to his beloved club:

“Since leaving Stirling, I have always lived too far away until now. I have now moved to Glasgow, so the travel is manageable. The club has a real buzz around it right now, with everyone pulling in the same direction. I think we can perform well this season as well as having good fun off the field.

“It’s great to be able to bring a player of Archie’s quality back to the club and fits nicely with our homegrown first policy. Archie is an experienced player who understands the game well and communicates very well.

He has quality hands, good feet and speed off the mark. Defensively, he reads the game well and makes good decisions. He has looked really sharp in training and we can’t wait to see him in league action for us.”

As we head closer and closer to our first fixture, we look forward to seeing what homebody, Archie Russell, brings to the field.