FOSROC Super6: Introducing our Coaching & Support Staff for this Season

Ben is a former professional rugby player who made 116 appearances for Edinburgh Rugby and earned seven caps for Scotland over a 10 year playing career. Ben was forced to retire early from playing due to consecutive knee injuries but had already begun his coaching journey, assisting at his senior club Currie RFC whilst still playing.

After retiring from his playing career in 2014, Ben was soon named Head Coach of Currie, spending five years in this role, and having many successes. Alongside this role, Ben was also involved with various regional and national age grade sides including Assistant Coach for Scotland U18 from 2015 to 2017 and Head Coach of Scotland U19 from 2017 to 2019. Ben is a UKCC level 4 qualified coach, graduating in 2018 with the class medal and joined Stirling County as FOSROC Super6 Head Coach at the outset of Super6 in 2019.

Scott is currently Director of Rugby at the University of St Andrews – taking up the role after an extensive club and international career.

Scott began his rugby career at Biggar RFC, before earning a professional contract at Glasgow Warriors. He spent four seasons playing in the Pro12 before moving to the English Premiership – playing one season with Sale before moving to Gloucester Rugby for four years.

With a decade of Premiership Rugby experience under his belt, Scott completed his playing career aged 36 at Newcastle Falcons where he amassed 114 games in five years.

For the past 3 seasons, he has been involved with the Scotland U20 programme, undertaking the role of forwards coach for the 2019 Six Nations and Junior World Cup. As well as being a UKCC Level 3 qualified coach, Scott also has a BSc (Hons) in Leadership and Management from Northumbria University.

Retiring from playing in 1991 he coached the 2nd XV for two seasons before taking on the 1stXV Forwards coach role in 1992-93 when Richie Dixon left to coach Scotland. He spent 6 successful years as Head coach at Grangemouth RFC from 1993-1999 before returning to the club for a four year spell where as Director of Rugby he led County back in to the premiership as Division 2 champions. In 2003 he moved overseas to coach OMBAC (San Diego) in the USA Super League where he led them to National title in 2006 and won the Coach of the year award.

Sean is another County man and was involved in our playing squad for Season 1 of the FOSROC Super6 as a partnership player with Glasgow Warriors.

He joined Stirling County as a player at U18 level. He then played for the senior team until he was 22, then signed professional with Edinburgh.

He has an excellent rapport with the players and has always had a keen eye for detail. He was keen to get into coaching and the coaching team are pleased to be working with him this season.

Filippo holds a MSc (Hons) in Strength and Conditioning from Northumbria University and he is currently covering the role of Head of Athletic Development at Stirling County RFC.

He played rugby for 15 years with a short stint in pro rugby in his country of origin, Italy. He then moved onto coaching and athletic development – working across Italy, New Zealand and UK, for organisations like Rugby Parma FC, Sunderland AFC, and Waitakere City Rugby Club.

“We are really happy with the coaching team we have assembled. We feel we have an excellent balance across the coaching group and a lot of experience. Our job is to get the best out of the player group and I am really confident in our ability as a group to help support our players and allow them to flourish.”

“Preparation has not been without its challenges due to the impact of covid and the delays this has caused. However, we are now starting to get our core group of players training together and this will allow us to ramp things up in the next couple of weeks as we lead into our first match on 31st July at home to the Southern Knights. It’s been a long time coming and we cannot wait to get into competitive action.” 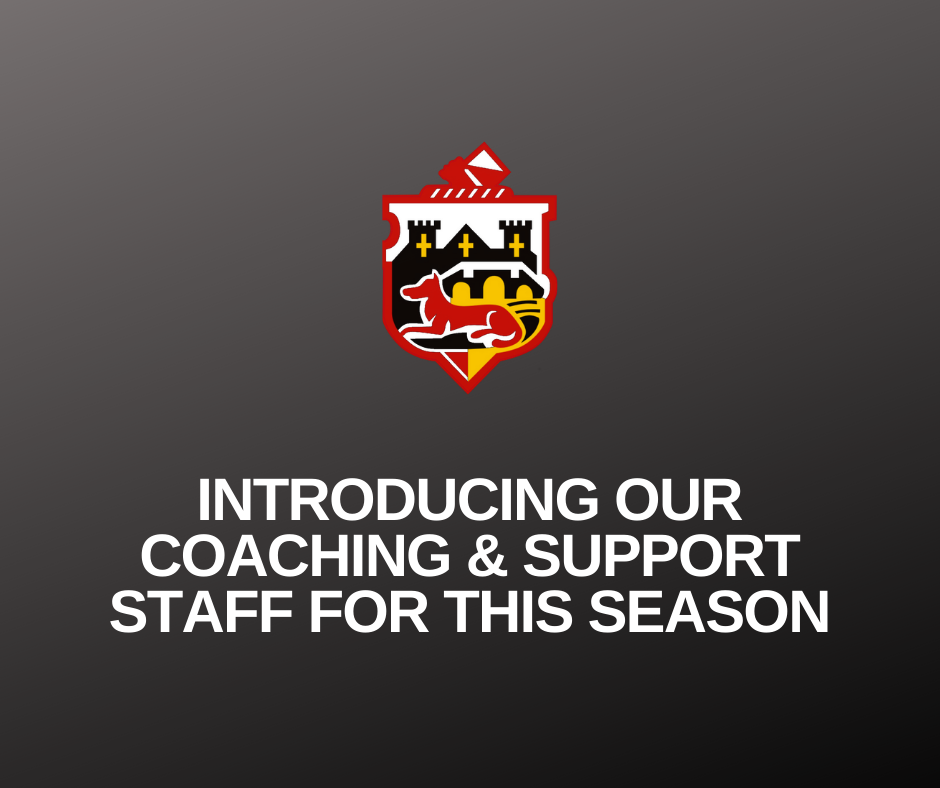