We’re delighted to announce that prop George Breese will be joining the FOSROC Super6 team this season.

George joined Stirling County straight from Glenalmond School. He was a consistent performer for the Wolves prior to the coronavirus pandemic, culminating in his selection for Scotland U20s a year young.

George has recently been away with Scotland U20s at Six Nations and we are now really looking forward to having him step up to Super6 and seeing him reach his potential.

Over the last few years George has made improvements to his game that have led him to FOSROC Super6 selection. Coached by Eddie Pollock and Scott Lawson, two front row specialists, George couldn’t ask for two better coaches to learn from.

George had this to say regarding his step up to Super6: “More than anything I am excited for the step-up. I had a great season with the Wolves – learnt a lot, played a lot and had a great laugh too.

“I can’t wait to play rugby week in week out, it’s been well over a year since I played for County so the anticipation is very high.

“I’m also looking forward to playing and training at a higher standard and getting to know the rest of the team.”

“I have worked with George since I first coached him on an U17 Scotland camp a few years back. He is very coachable and always willing to look to improve his game. Since then he has had a good season with our Wolves 1st XV and two seasons with the national U20 side where he has shown good evidence to warrant a step up to Super6 Rugby. We are looking forward to seeing him hit the ground running.”

Josh is currently on scholarship at St Andrews University studying a masters in Finance and Management. With little crossover in seasons, he is able to combine playing and studying commitments at St Andrews with the FOSROC Super6.

Josh commented on his move to Scotland and the season ahead: “I am really looking forward to this season with Stirling. I’ve just come off a season with South Africa which ended negatively as we lost in the final, so it’s nice to be able to jump straight back into things and go again.”

“My interactions with the club have been really positive so far, I can’t wait to start training with the team”

Eddie Pollock, also commented: “Josh has impressed me with his attitude at training, he picks things up quickly and has a desire to improve as a player. His core skills in set piece are good and he has the potential to be an excellent carrier for us. He will be a good addition to our hookers roster.” 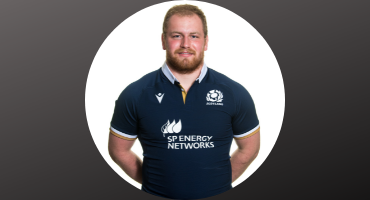