Match report from this weekend’s FOSROC tenth Super6 match. Stirling County travelled to the Greenyards to go up against Melrose’s Southern Knights on Friday evening.

Knights No.10 Jason Baggott got the evening game underway at The Greenyards and the first points of the match were put on the board just six minutes into the game.

Knights threw into the middle of a line out, about ten metres out, started to maul the ball forwards and then pulled the ball out wide to find Jacob Henry, who went over the whitewash to score the opening points of the game. [5-0]

A penalty was awarded to Stirling 23 minutes into the game, as the Knights were penalised for holding on, however County’s Euan Cunningham was unable to put their opening points on the board as the ball went wide.

The Southern Knights did not hold back in the first half and were keeping the ball over in County’s half, keeping them on their toes. Another try was scored by the Southern Knights in the 32nd minute as Fraser Renwick showed why they are masters of the maul and he secured the ball down over the whitewash. [10-0]

Minutes after another try was added to the Knights tally as Murdo McAndrew found Jacob Henry, who secured the ball over the line. Jason Baggott added the extra two points on offer. [17-0] 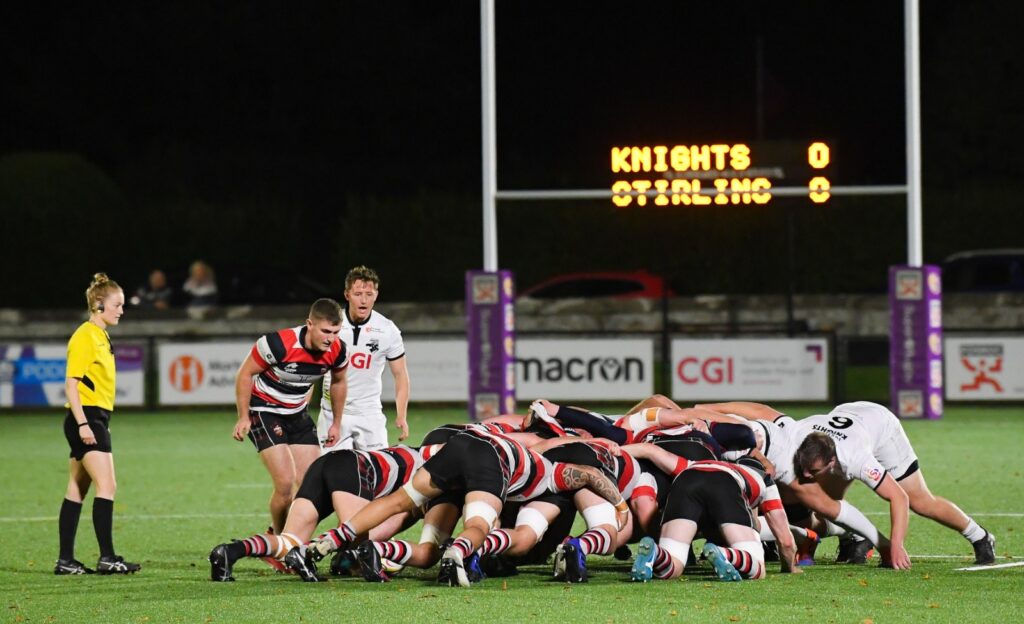 No.22 Andrew Goudie was brought on the pitch to replace No.10 Euan Cunningham, and No.2, Captain Reyner Kennedy was replaced by No.16 Angus Fraser.

Ten minutes into the second half Ruaridh Knott powered over for the Knights, scoring them a bonus point try. Baggott added the conversion.[24-0]

In the 52nd minute, scrum-half Grant Hughes stepped off the pitch and Caleb Korteweg took over, No.1 Adam Wood was replaced by No.17 George Breese, and George Arnott was also replaced by No.20 Callum Cruikshank.

Minutes after George Breese stepped on the pitch he was shown a yellow card.

Southern knights striked with their maul again in the 57th allowing them to score their fifth try of the evening. Russell Anderson went over the try-line and Baggott was again successful with the conversion. [31-0] 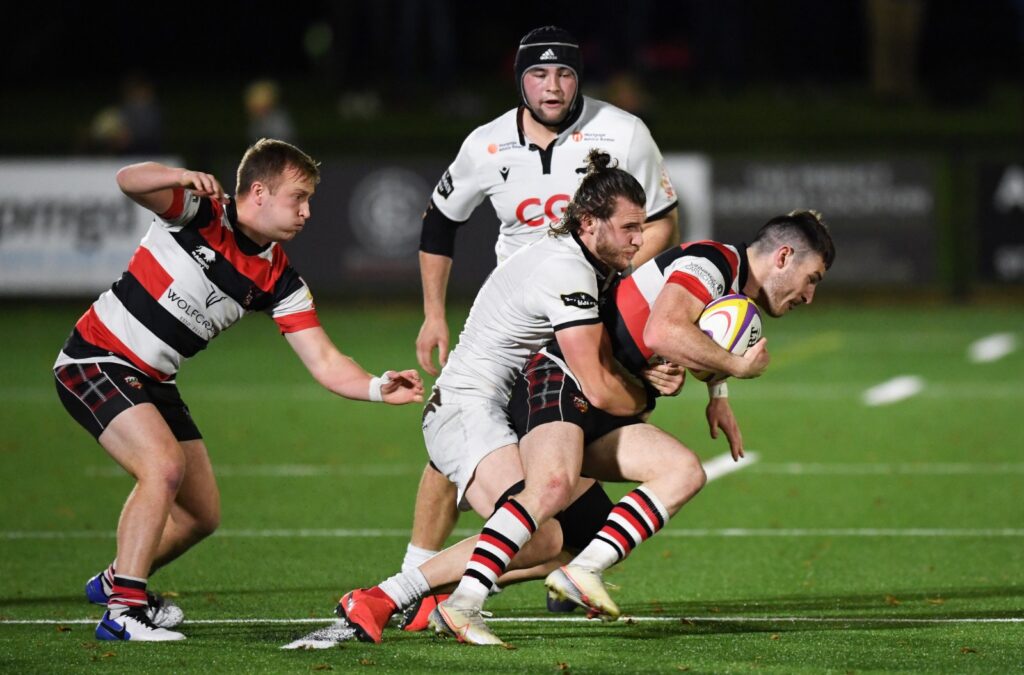 The Southern Knights kept tight possession of the ball, and didn’t give much leeway to Stirling. George Breese came back from the sin bin in the 67th minute.

Knights Shaun Gunn powered over the try line from short range in the 67th minute to score try number six of the evening for the hosts. [36-0]

With four minutes to go until the full time whistle was blown, winger Tom Roche threw the ball into himself, the ball worked its way to No.13 Archie Russell went over the homesides try line to score County’s first points of the game. Craig Robertson was successful with the conversion. [36-7]

“At the start of the game we didn’t give ourselves a chance with too many inaccuracies. We missed three penalty kicks to touch. This doesn’t allow you to get a foothold in the game.  Our set piece was not good today, either” admitted Stirling’s head coach, Ben Cairns.
He added: “But the positive was that we finished well. There were some guys who came on and put their hands up for next week.” 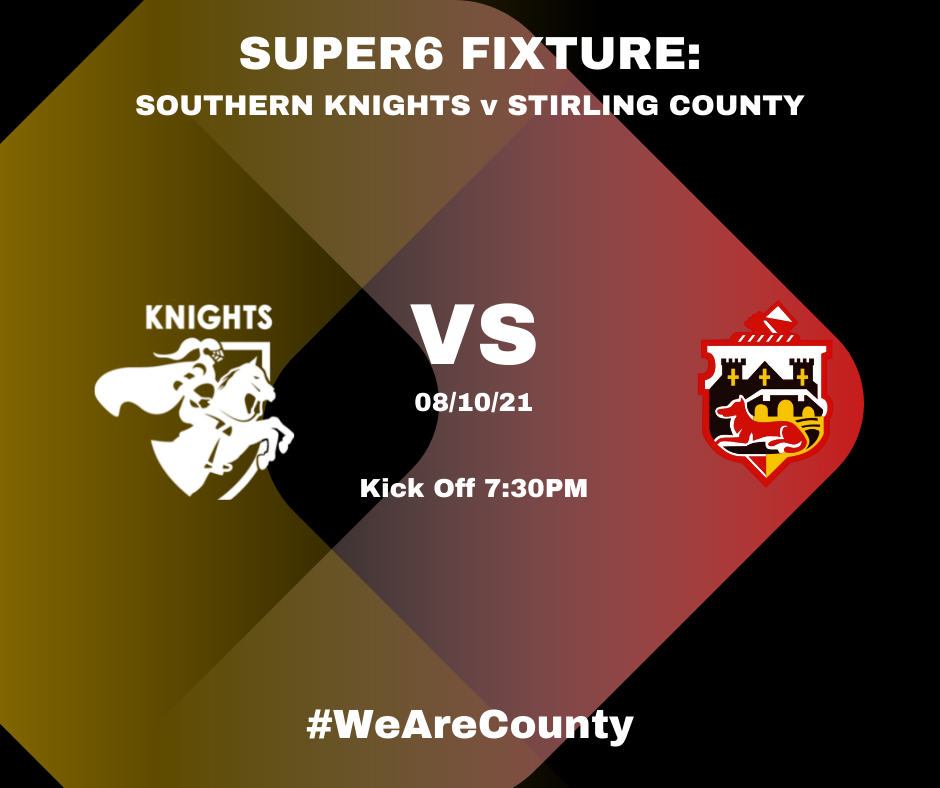