Stirling County travelled to Myreside on Saturday afternoon to face Watsonians in their first match of the FOSROC Super6 Sprint Series.

County started the match on the back foot and following some early pressure from Watsonians, Seb Cecil’s try in the sixth minute gave the hosts the lead, with Jason Baggott adding the conversion. [7-0]

Watsonians continued to have most of the ball during the early moments of the game, with County struggling to make it out of their half for any prolonged period. Jason Baggott then kicked two penalties in quick succession in the 23rd and 25th minutes. [13-0]

County began to work their way back into the game, seeing more of the ball and almost got their first try of the afternoon when Logan Trotter made it to the try-line at the corner, only for the touch-judge to have deemed him to be out of play.

The visitors continued to keep Watsonians pinned back and got their first try a couple of minutes later when Max Williamson broke through the defence in the 29th minute, with Euan Cunningham converting to get County back into the game. [13-7] 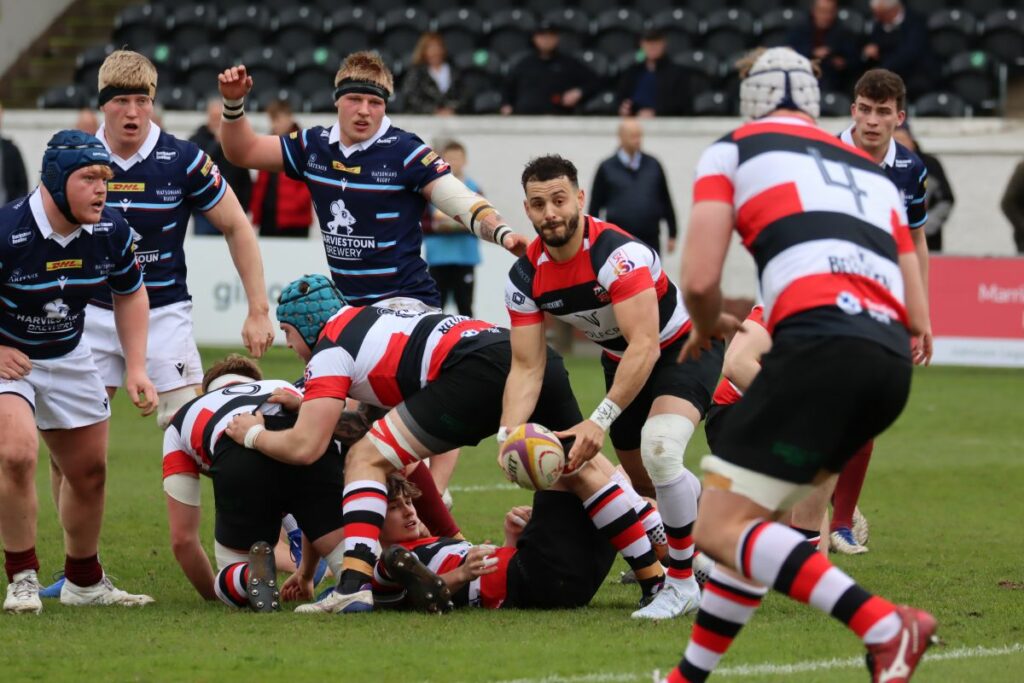 After kicking for the corner, County got in front in the 36th minute when they drove home from the resulting line-out maul. Lewis Skinner got the try with Cunningham converting again, this time from a difficult angle. [13-14] 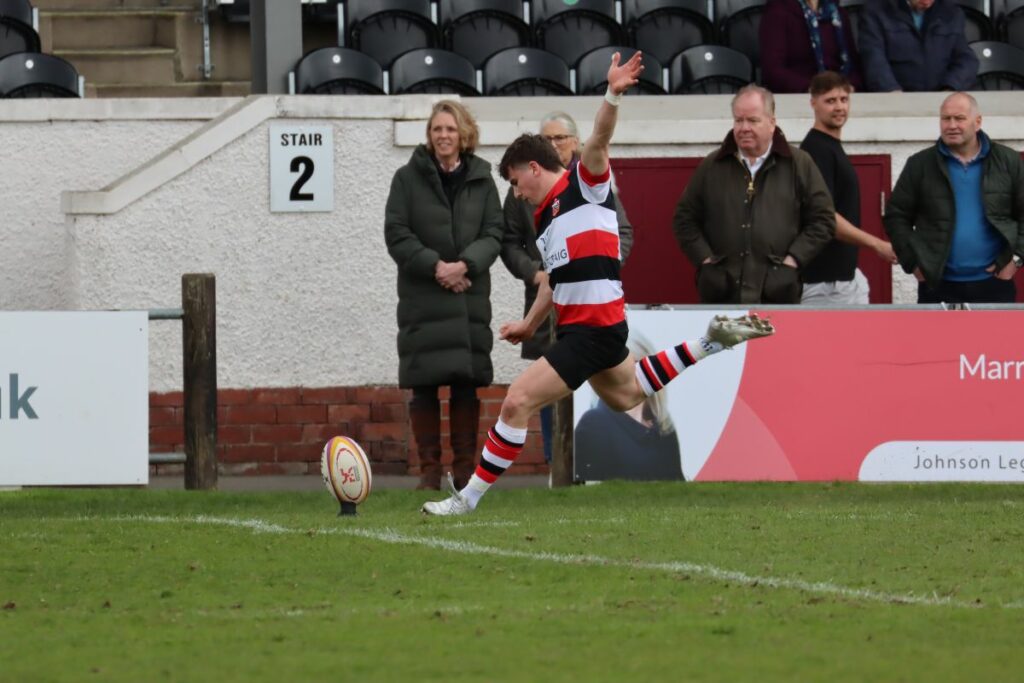 George Breese was sent on for the second half to replace Cameron MacMillan. In the 45th minute, Lomond MacPherson made it over the line to give Watsonians the first points of the half, with Baggott unable to convert. [18-14]

County then brought Walter Fifita on in the 46th minute for Euan Cunningham and James Pow came on to replace Adam Sinclair in the 53rd minute. 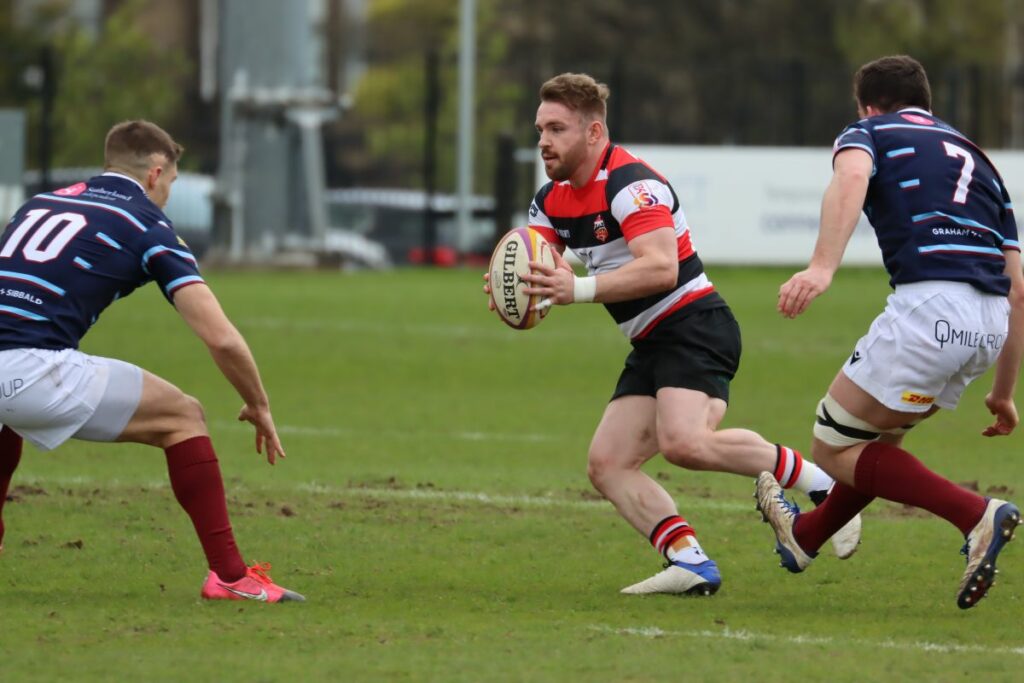 County cut the gap to just a point when Marcus Holden successfully kicked a penalty in the 58th minute after a high tackle. [18-17]

Watsonians extended their lead in the 64th minute through Cal Davies when he got over the line following a line-out maul, with Baggott unable to convert. [23-17]

County then made a double replacement with Harry Russell and Harris McLeod coming on for Finn Burgess and Hamish Ferguson respectively.

County edged in front when Angus Fraser scored from another successful line-out maul in the 70th minute and Holden converted from a tight angle. [23-24]

After winning a penalty in the 75th minute, County opted to kick to touch and attempted to drive towards the tryline with another line-out maul, hoping to put some distance between themselves and the hosts. However, the Watsonians’ defence held tight.

As Watsonians pushed forward looking for a late winner, County gave away a penalty which Baggott converted in the 80th minute. [26-24]

Callum Norrie came on in the final moments after Lewis Skinner took a knock but there wasn’t enough time left for County, with Watsonians’ penalty winning it at the death. 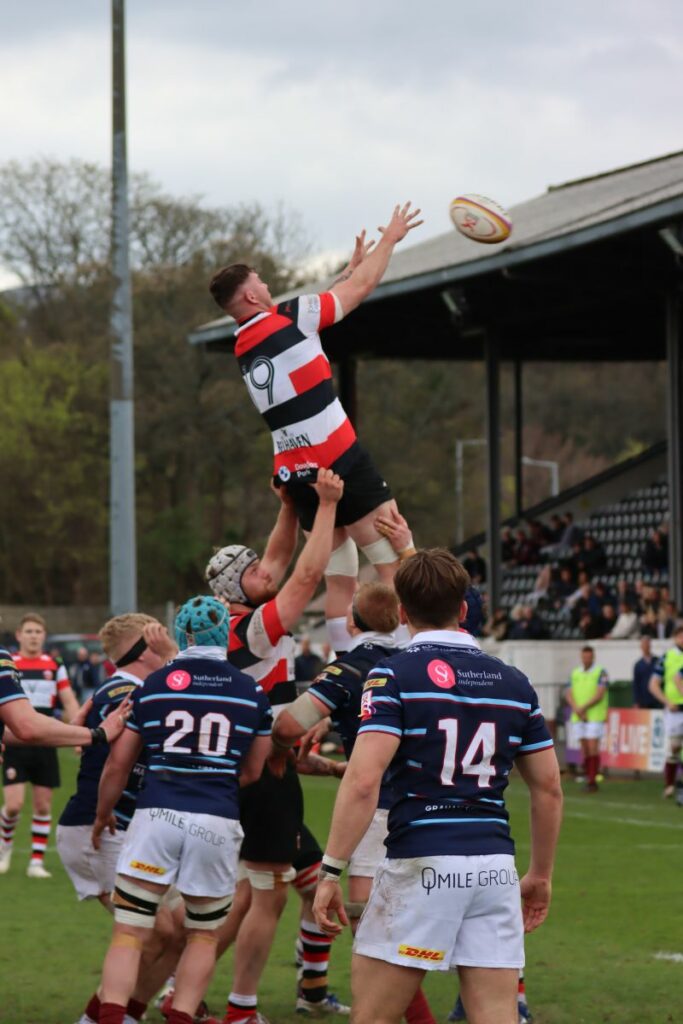 Ben Cairns was asked his thoughts on the match:

“Yeah, it’s a bit frustrating. I felt like we gave ourselves quite a lot to do early doors, we didn’t really come out the blocks. We did really well to get back into the game and pretty happy with where we were at half-time.

We didn’t start the second half particularly well. Then at the end there, we’ve just got to do what we’ve just done to go a point clear and we haven’t been able to execute the same way, given away a penalty, given away another penalty and they kick to win the game, unfortunately.”

“So, you know, it’s a harsh lesson for us. We’ve put ourselves in a position to win the game and then we just weren’t able to be accurate enough to carry it through, but really proud of the effort. I’m really proud that we’ve continued to go at them and believe in what we’re trying to do. Even when it wasn’t all going perfect for us. It’s just about having longer periods where we’re more accurate than we’ve managed to do.” 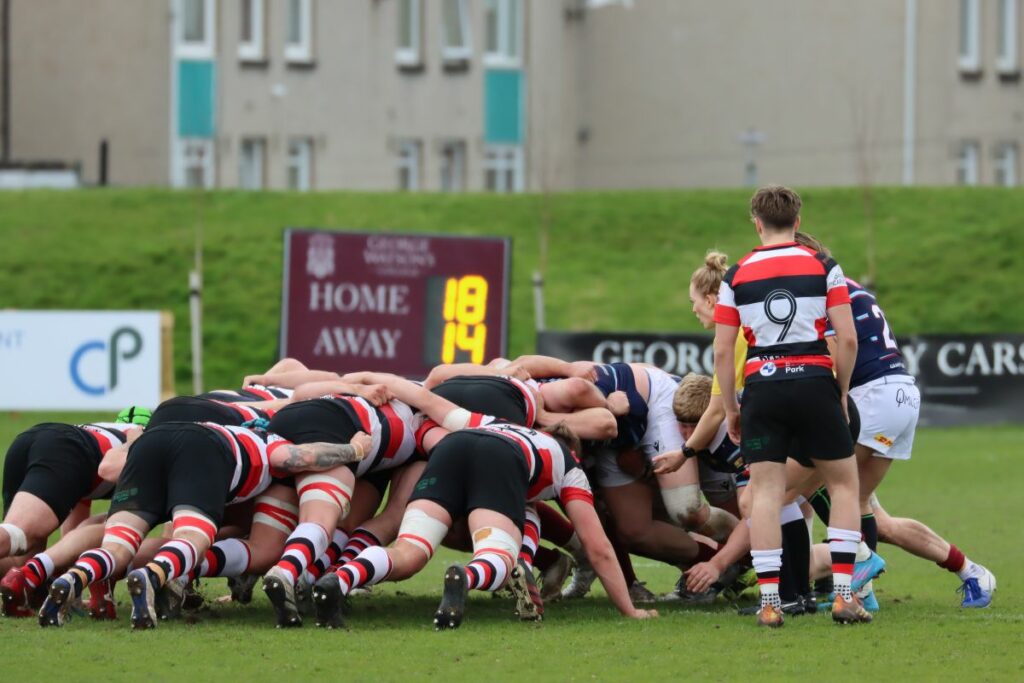