Stirling County come away with five-point win in their opening home match of the FOSROC Super6 Sprint Series.

County started the game strong, with plenty of pressure in oppositions 22. After nine minutes, County was on the board. Holden kicked a loose ball from a Bulls turnover, up pitch from his own half. Late addition to the starting XV, Ross McKnight chased down the ball to score the try, with Holden converting. [7-0]

The Bulls immediately responded with a try of their own, through hooker Grant Stewart and a successful conversation from Townsend. [14-12]

It would be County who finished the half on top, following a strong breakthrough in the midfield from Ben Salmon. The ball would find Logan Trotter who dashed in for the final try of the half. Holden would keep his 100% percentage at the spot, extending the lead into the half by nine points. [21-12] 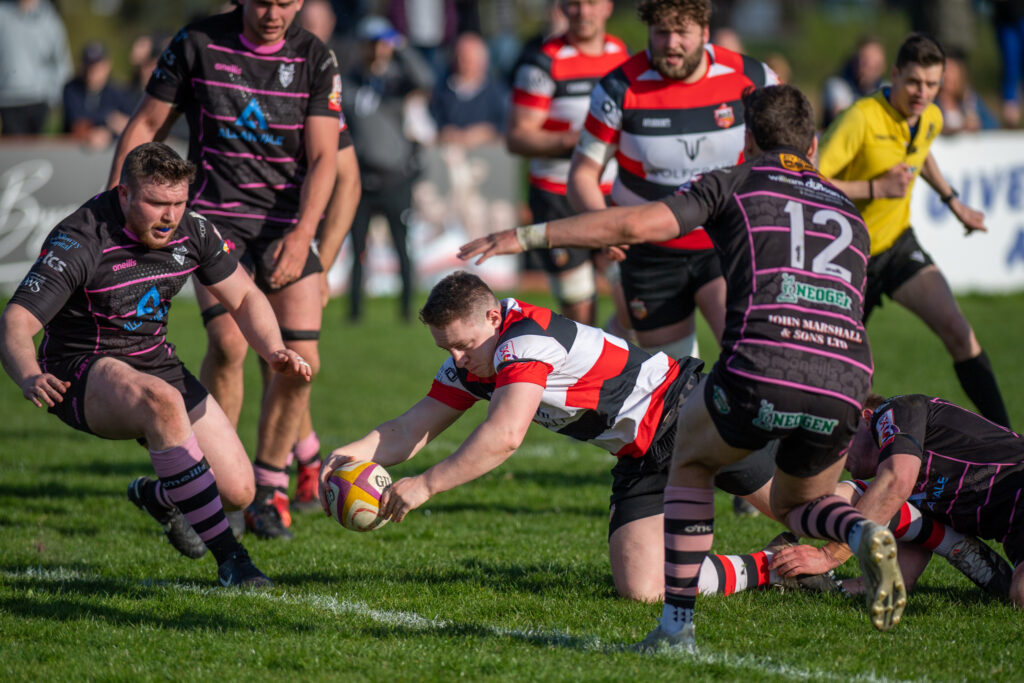 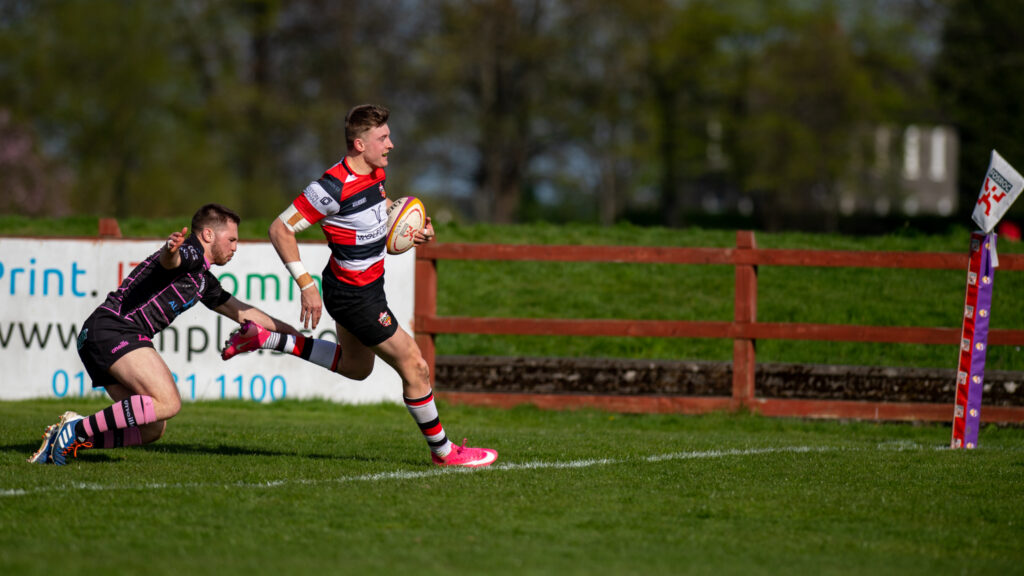 DJ Innes would replace Ben Salmon at the half. The opening 20 minutes of the second half was dominated by the Bulls. However, despite possession and pressure, Ayrshire were unable to execute when it mattered most. A series of substitutions would follow in this period, with Hiddleston, Cunningham, McKenna, McLeod and Ramsay all taking the pitch. [21-12]

The hosts would defend gallantly. However, the Bulls continued to push and would finally find their breakthrough, with a try from Cam Jones. Townsend would add the extra points to bring County’s lead down to two points. [21-19]

County would eventually get possession back in the opposition’s half, and a yellow card to Bulls captain Blair McPherson would give them the advantage they needed. County capitalised, following a scrum near the goal line, leading to McKenna powering in for the bonus point try. Holden followed with another successful conversion. [28-19]

A late try from the 6’5 winger, Walter Fifita all but sealed the win for County. Holden was unable to add the additional points, but County now led by 14 points with minutes remaining. [33-19]

Ayrshire Bulls would hunt down the losing bonus point, with a try in the final minute from Joe Knight. However, it wasn’t to be, as Minogue failed to make the conversation. [33-24] 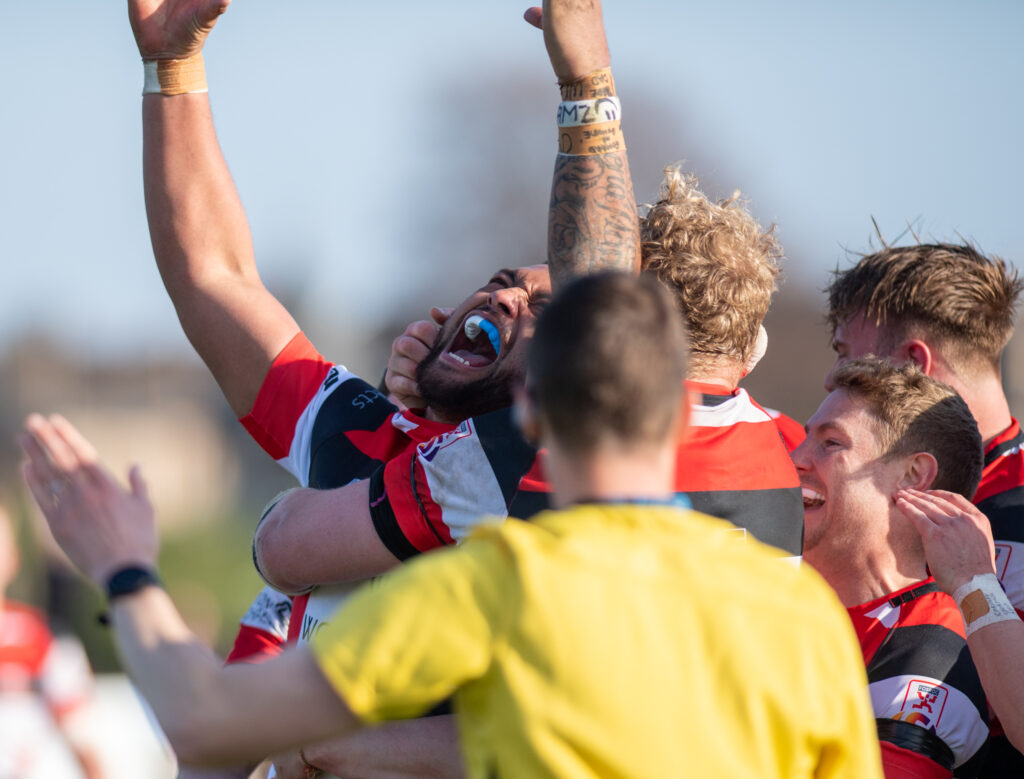 “It’s good to come out with the five-point win. We (the team) spoke before the match, about how it was going to be a great day at the club and I think it was just that, with lots of energy in the stadium. We had a good crowd and great atmosphere, built up by the new tannoy system, University of Stirling cheerleaders and activities for the kids.

I told the boys to use that energy and make sure that it came out in the performance, and I think it did. That’s what fuelled us to the win, it was the energy built on the day itself.

We put in a strong defensive effort; that’s where that comes from. The ability to work for each other and to keep pushing when you’re in a pretty dark place. That comes from the emotion and connection with the club, and we showed that in bundles today.” 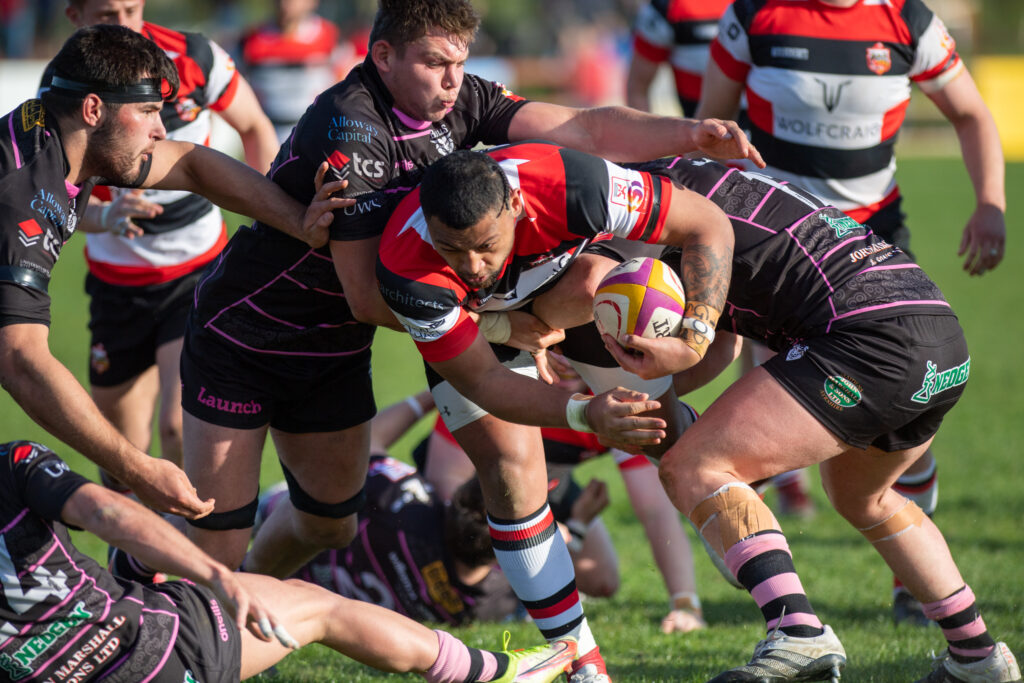