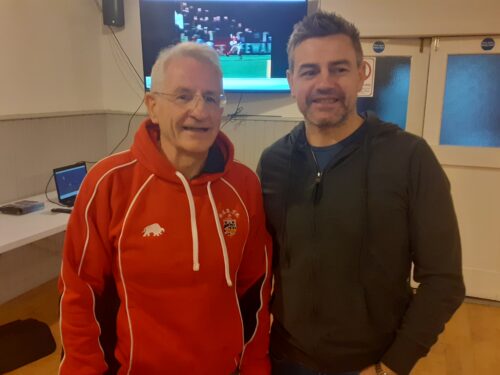 At our meeting in the rugby club this month we chatted about the excellent win in the Calcutta Cup with Scotland running out winners 20-17 to a strong English team. It did lead us to the conclusion that there are a lot of ways to win a game, but this was particluarly sweet as in the past it was the kind of match that Scotland would have found a way to lose.

We looked forward to the match against Wales with a review of old programmes which reminded us of the great players of the past, but also indicated the strength in depth we now have with substitutes adding extra power and skills whe they join the action, not something Scotland have always had.

The guest speaker was Mark McKenzie who played fly-half or number ten in the 1995 League Championship winning County team. He is shown in the photograph with Derek Young who coordinates the Stirling Memories meetings. Mark challenged the group to decide whether top sportsmen and women are born with the attributes to go to the top of their chosen sport or does it depend on their family support and coaching/training opportunities.

Well, of course it is a mixture and Mark’s personal experience is an example of this. He had two very competitive older brothers, supportive parents, natural talent and then was fortunate to go to Stirling County where excellent youth coaching, an increasingly competent and confident team gave him the chance to excel, and he did.

Like many of the top rugby players in the mid nineties, he faced opportunities to go professional as Scotland tried to compete with other nations. Initially, Mark was successful with North and Midlands, actually winning the inter-district championship, but the the SRU decided one of the four professional teams had to go – so obviously they chose North and Midlands.

Mark and James McLaren were offered the chance to go to France, and after fitness tests, and a trial match against one of the top French teams, they secured their places in the club.

French rugby was operating at a much higher level than Scotland at the time (probably  even more so now). Large crowds support local teams and they have a fierce loyalty, sometimes verging on dangerous. Mark had many successes  when playing there and talked with great fondness of the quality of life in France.

We watched a video clip of Mark playing in the County championship – winning team. He also played for a Scotland select against the visiting South Africans led by Francois Pienaar, featuring Andre Joubert at full back, scrum half Joost Van der Westehuizen so many of the team which went on to win the world cup. Mark was obviously close to an international call up, but chances past him by even though he had noticeable success against some of the contemporary opponents for the place at stand off for Scotland.

He recalled many stories from his time in France but was recognising that many of the financial promises might not materialise, and the threat of serious injury in the French rugby scene was always a consideration.

He returned to play in Scotland for several years, most enjoyably with Falkirk, as they came up through the leagues. He then coached with the SRU helping bring on many of the current crop of Scottish internationalists. He has since worked with a Glasgow school bringing them from a very low level back to the competitive level they previously enjoyed.

As Mark looked around the clubhouse, he remembered starting to play rugby at Stirling, running around he clubhouse with all the other seven year olds. Yes he has come a long way in rugby, and many of his old friends at Stirling thoroughly enjoyed hearing his story.

The next Memories Meeting will take place on 7th March at 12:30pm. Come along to hear Matt McGrandles and enjoy tea, coffee, cake and rugby chat! 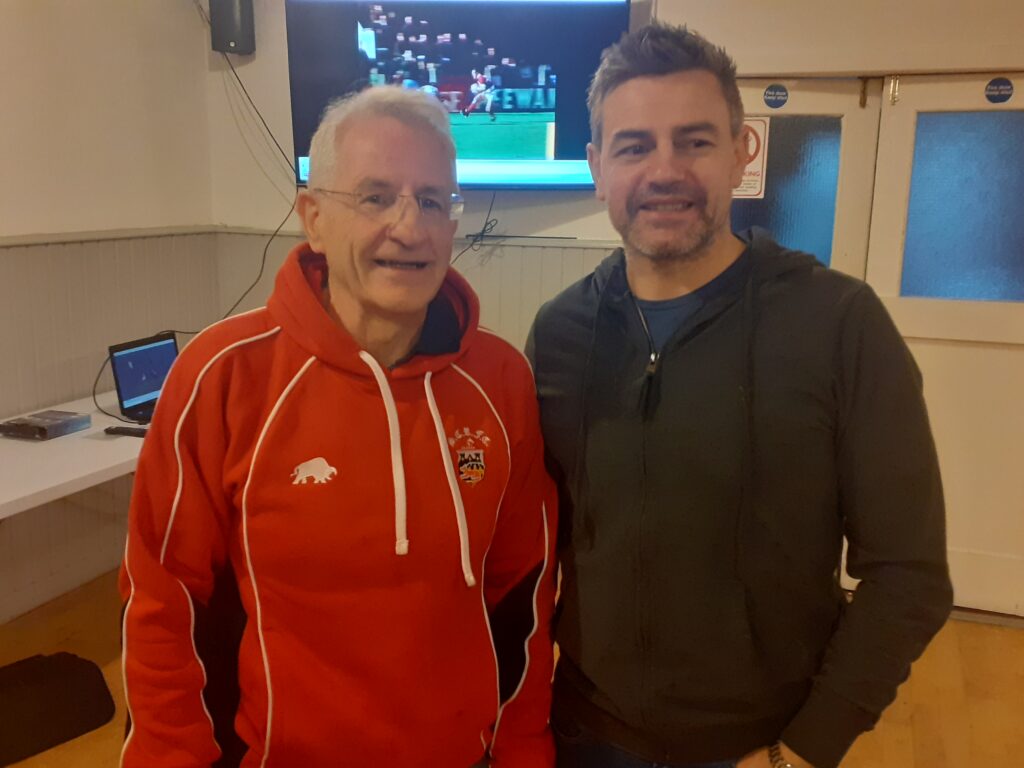