After their opening win in the pool stage of the National Cup, Stirling travelled to Premiership rivals Heriots for round two. Goldenacre must be one of the best rugby pitches in Scotland. Bathed in early spring sunshine it makes a fine setting for attacking rugby.

Heriots opened strongly from their kick off but County defended well and managed to secure possession just inside their own half. Evie Gallagher made a powerful break from a mid-field ruck, and did well to find Pippa Benson racing up on her shoulder. With plenty still to do, Pippa out-stripped the cover defence for the opening score, after just a couple of minutes. With the conversion missed, County had a early 5-0 lead.

Stirling defended well and looked the stronger team but struggled to get the ball to space. Heriots opted to kick a penalty to close the score to 5-3 and then had a spell of concerted pressure, which took them to County’s try line. Outstanding commitment in defence forced a turnover on the line and County never really looked back from that point.

From a scrum, just outside their twenty-two, County drew the inside defence and got the ball to outside centre Kelsey Whitlow in a bit of space. Showing great footwork, Kelsey stepped inside and had the pace to go the length of the pitch. It was a fine break and with a conversion from Rachel Shankland, County took a 12-3 lead, with just over half an hour gone.

Heriots continued to apply pressure but with half time beckoning they kicked over the Stirling backline in the middle of the pitch. Kirsty Wilson was quick to gather and had the pace to go outside the chasers and speed up the right wing, for the third try. With another conversion added, County went into half time with a healthy 19-3 lead.

During the second half, County gradually introduced all seven subs and there was no let-up in the quality of defence. Even when the front-line failed, Neve Henderson was a rock at full back. With outstanding tackling and a number of turnovers, Neve continued to show why she has become such a fixture in the team. Further forward, Katie Lindsay picked up a blood injury and had to be withdrawn, after another powerful performance in defence and attack. Heather Davis got through a phenomenal level of work in the back row, and broke through from close to the Heriots line to make it 26-3, following another successful conversion.

The game opened up in the last fifteen minutes and County were getting the ball wider, to challenge the Heriots defence. As the game went into the closing stages, Rachel Shankland made a strong break down the left and got an excellent off-load away to Kelsey Whitlow, who scorched down the left wing and then finished under the posts. That was Kelsey’s second try and County’s fifth. With another conversion added, County finished 33-3 winners.

The County coaches were very delighted that no tries were conceded. It was an impressive defensive performance, that augurs well for the rest of the cup competition. Evie Gallagher was back with the club between the World Cup qualifying game for Scotland and the Six Nations campaign. Evie had another outstanding game at number 8, and must be pushing very hard for a starting role for the national team.

Next Sunday County take on Stewarty in the third of their four pool matches. Stewarty ran Hillhead close today and are expected to bring a physical game to Bridgehaugh. County will be looking to strengthen their position at the top of their pool and hope to have lots of support. 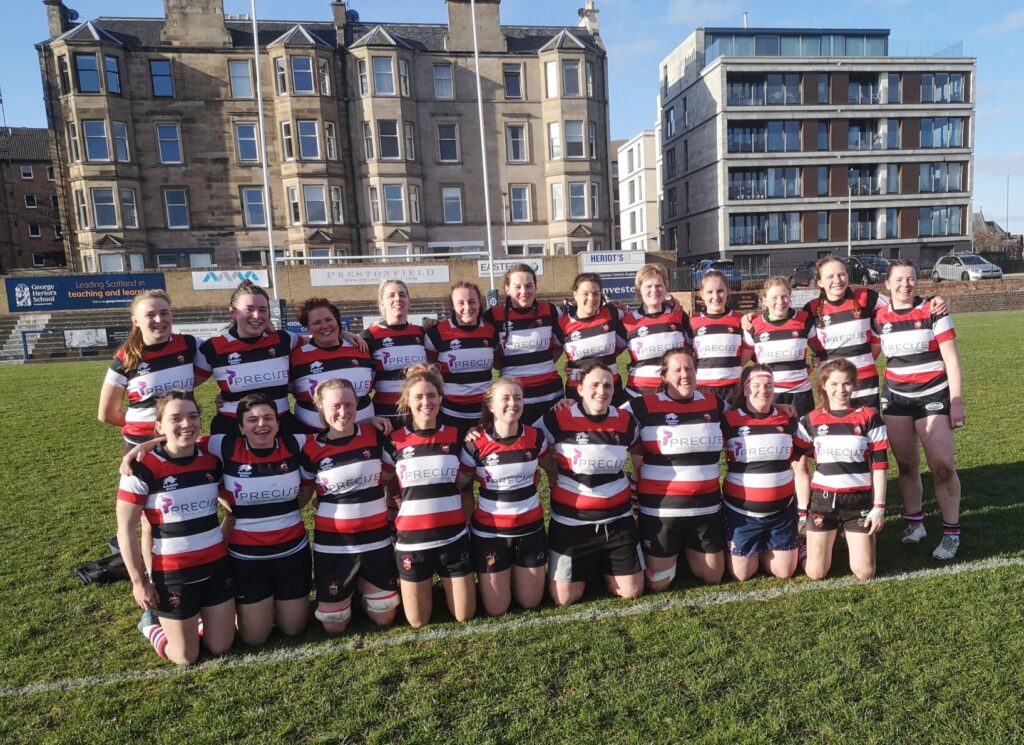