The visitors started the match strongly and County were quickly put on the back foot when Jack Blain got the ball down in the corner for the first try of the afternoon in the seventh minute. Bruce Houston was unable to make the conversion from an angle. [0-5]

Heriot’s continued to put pressure on the home defence and scored a second try in the 18th minute through Iain Wilson. Houston kicked home the conversion. [0-12]

Ratu Tagive then made the most of some confusion among the visitors’ defence, as he ran through to pick up a loose ball before scoring between the posts. Marcus Holden had no issue converting to put County back in the game after 24 minutes. [7-12]

County levelled the match on the half-hour mark through Lewis Skinner, after Heriot’s struggled to recover from a quick Stirling counter that left their defence open. Holden couldn’t convert, leaving the match level. [12-12] 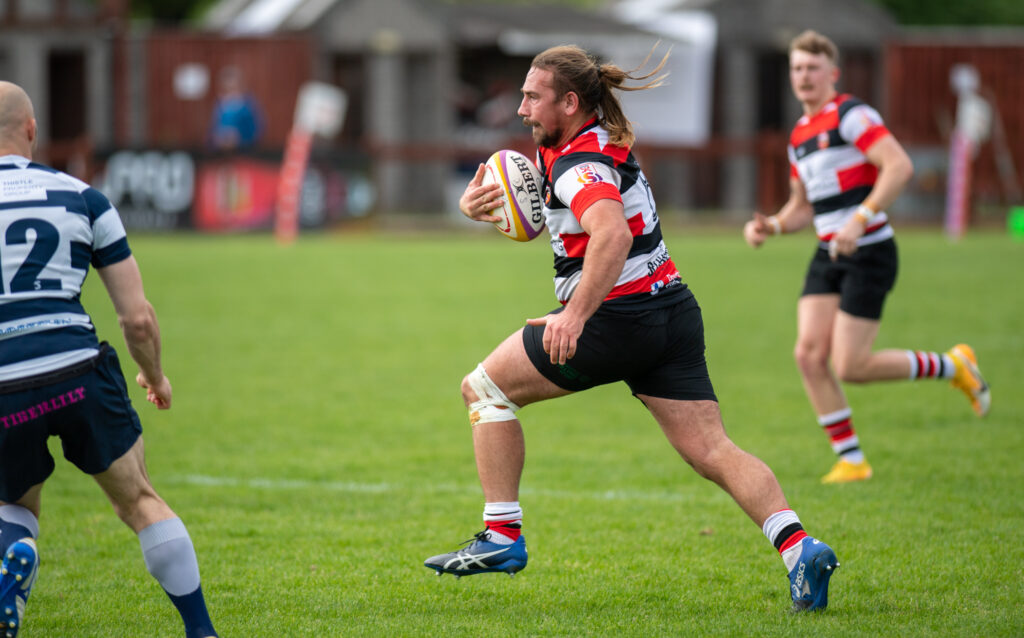 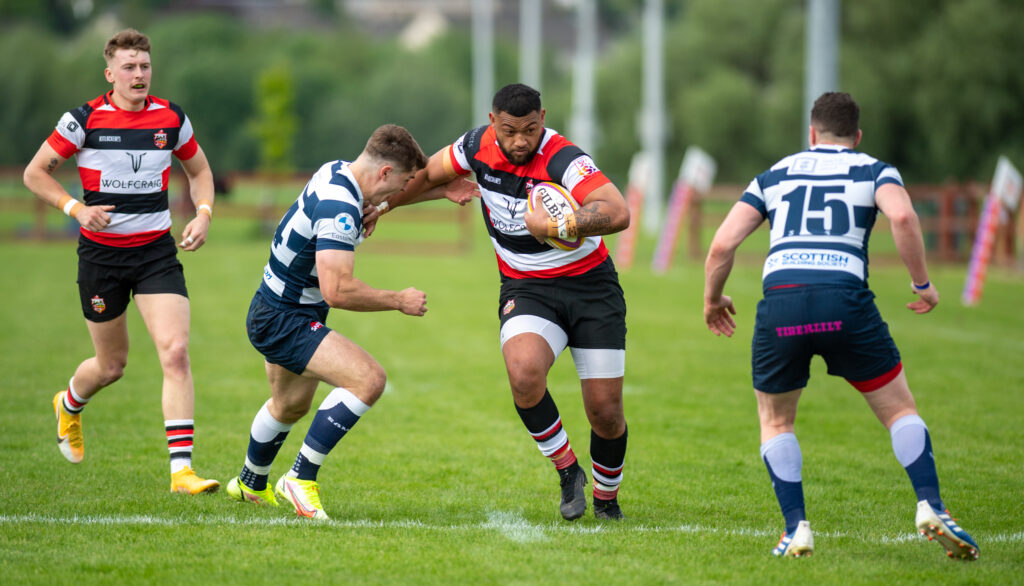 The home side took the lead in the match for the first time in the 36th minute. Walter Fifita burst through the Heriot’s defence before setting up Holden for an easy finish. [17-12]

County made a bright start to the 2nd half when Connor Gordon scored just 28 seconds after the restart, with Holden converting. [24-12]

Sean Kennedy then finished off a Stirling counter after Hamish Ferguson was stopped just short of the line in the 50th minute. Holden again made no mistake in converting. [31-12]

Heriot’s hopes were kept alive when Euan McLaren caught the home defence out with a quickly taken penalty to make it over the line and score after 55 minutes. [31-17] 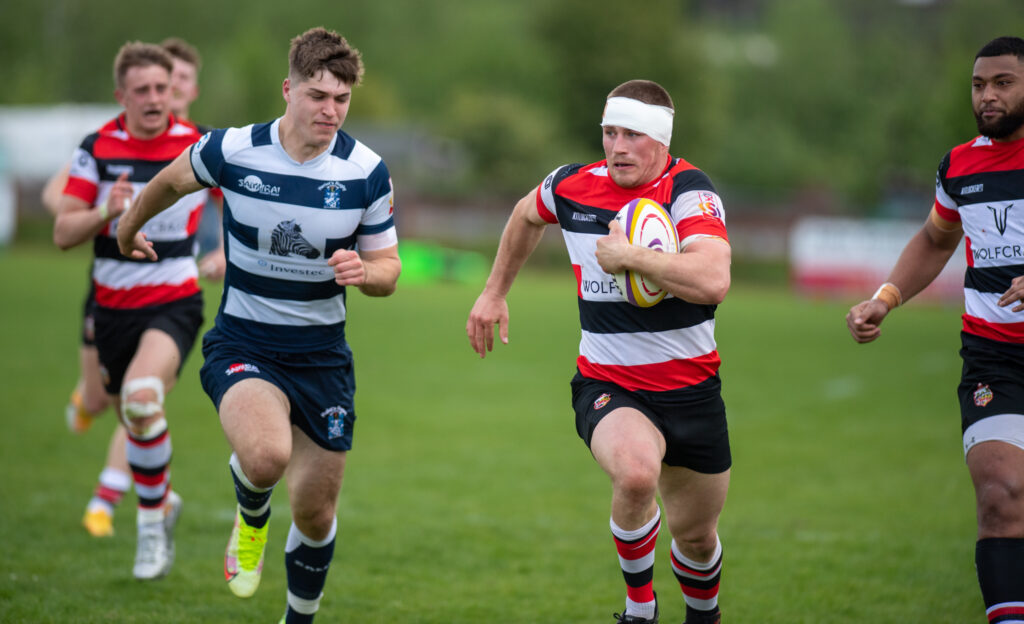 County then got their sixth try of the match just a few minutes later when Logan Trotter burst down the left side to score, with Holden converting yet again. [38-17]

Sean Kennedy managed to find a way through the Heriot’s defence for the second time in the match to score County’s seventh and his second try of the afternoon. Holden then kicked home for his fifth conversion of the day to put the match out of Heriot’s reach. [45-17]

Heriot’s made a late push and got two consolation tries, earning themselves a bonus point. The first was through Ruairidh Leishman in the 71st minute when he burst down the right side, before Wilson got his second try of the game following a line-out maul in the 76th minute. Heriot’s couldn’t convert either try and it proved to be too little too late for the away side. [45-27]

County came away with the win which took them to second in the table, earning them a place in the top half of the split.

Ben Cairns was asked his thoughts on the match:

“We’d have taken that at the start of the day, and we certainly would have taken it after 20 minutes. I thought the way the boys turned that momentum round was great after a really slow start where we didn’t keep the ball very well.

Going in at half-time with the wind and with the lead in the second half was big for us. I thought we played some really good rugby for the first 15-20 minutes or so of that second half. I’m a little bit disappointed in how we ended the game as it would have been nice to have kept the pressure on.”