We’re pleased to announce that Stevie Hamilton, 27, will be joining the Stirling County FOSROC Super6 squad for season 2 playing full back.

Stevie currently stays in Dalkeith, Edinburgh, where he grew up playing rugby between the ages of 4-21 and still has strong connections with his home club. Stevie’s progression in rugby has seen him play for Dalkeith, Toronto Scottish, Peebles, Selkirk, Currie Chieftains and now Stirling County.

His biggest achievement in rugby, to date, has been his inclusion in the Scotland Club XV and playing in the 2020 Dalriada Cup – becoming the first person from Dalkeith to have done so.

Stevie had this to say regarding Season 2 of FOSROC Super6 and his move to Stirling County:

“I’m excited about the upcoming season, looking forward to pushing my potential and the talented squad with a coaching team that drives high standards.”

“We are delighted to have Stevie on board for the upcoming FOSROC Super6 season. He is a player I know well from my Currie days.  I brought Stevie to Currie when I was head coach there. He stepped up to that level really quickly and contacted me about the desire to come play Super6. He has made big strides since joining the Chieftains from Selkirk and we are really looking forward to seeing him step up to Super6 level.  He’s already had a big impact in training, he’s such a diligent worker, shows massive desire to get better and has quickly earned the respect of the squad through this attitude.”

Originally from Otaki, New Zealand, Marcus took up rugby full time pretty late into his teens – having previously played football at a high level. Marcus decided to make the big move to Bridgehaugh last August, and is keen to make this season a special one.

Marcus came into the squad for the revised 2020 season of Super6 but further lockdowns meant this was cancelled. This has meant he has been around our squad for a long time now. Having spent the best part of a year here without playing for us, we are all really looking forward to finally seeing him perform on the pitch.

Marcus had this to say about the up and coming season:

“The boys and Coaching staff have really been working hard during this period, we’ve come together as a squad fantastically.

Playing in the summer/autumn is great I can’t wait for the season ahead with the brothers.”

“Marcus brings a wealth of experience to our young squad. He speaks very well and has an excellent skill set. He has great feet, good acceleration and excellent timing with his pass.

He’s been a standout performer for us in training and I know he is looking forward to finally getting into match action for us.”

For more info on Marcus, follow the link here. 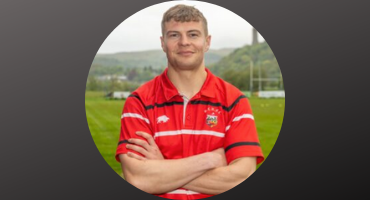