What's in a name, and why are changing the name of the S6 team? - Stirling County RFC

What’s in a name, and why are changing the name of the S6 team?

After extensive consultation with both S6 and amateur players, and other stakeholders, both from within and out with the club, we are proposing to move forward and change the name of our S6 team to County Wolves for season 2022/2023. There are a number of reasons for this which I outline below.

You will recall three and a half years ago that members wanted to call the S6 team, Stirling County RFC, in order to ensure the club didn’t lose its legacy. This proposal to change names has been taken primarily as Stirling County Rugby Football Club is recognised as a successful amateur club, within rugby circles in Scotland, and our S6 team is now part and parcel of the “competitive ” structure of Scottish Rugby, with the amateur club teams, from Minis to Seniors in the “development” structure. Although we operated the men’s senior amateur teams under the name Stirling County Wolves, for the past season, it was felt that this did not reflect the culture and legacy that the amateur club had built up over the last circa 80 years.

We now have in place a player pathway, for players to move up the way, from mini to semi-pro, and onto professional and indeed international rugby. As a result of this it was felt by the stakeholders we consulted with that the S6 team should develop its own legacy, establish its place in Scottish rugby history, but still remain a part of the whole club. The amateur teams, both men and women, would simply be known and operate under the name, Stirling County Rugby Football Club.

S6 also requires extensive funding from external commercial sources, for example, commercial and business sponsorship, and funding from Scottish Rugby. In order to sustain the funding and to develop the S6 team, it was felt a separate name and an identity was required to develop the off-field commercial aspects of Super 6, Indeed, if you look at the likes of Ayr and Boroughmuir this has been successful for their Super 6 teams. You will also be aware Scottish Rugby is funding an S6 General Manager post which will be responsible for the off-field management, the generation of sponsorship, and commercial funding for the S6 team. The name change should assist this aspect of the S6 operation.

Our amateur teams’ funding comes from many sources and will continue to do so as the charity – Stirling County Rugby Football Club – oversees the operation of the amateur teams, going forward we need to ensure separation is in place and that the S6 team stands on its “own feet” and sustains its business model.

The proposal to change the S6 team name to County Wolves, and to revert to Stirling County Rugby Football Club for the amateur club teams will have to go in front of the relevant SRU board for approval and this should take place over the next few months.

If any member wishes more information on this proposal I am happy to discuss this then and to talk this over this with them. 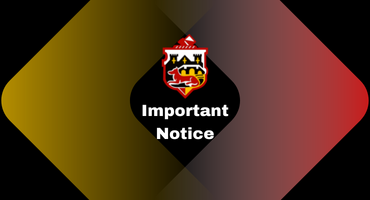